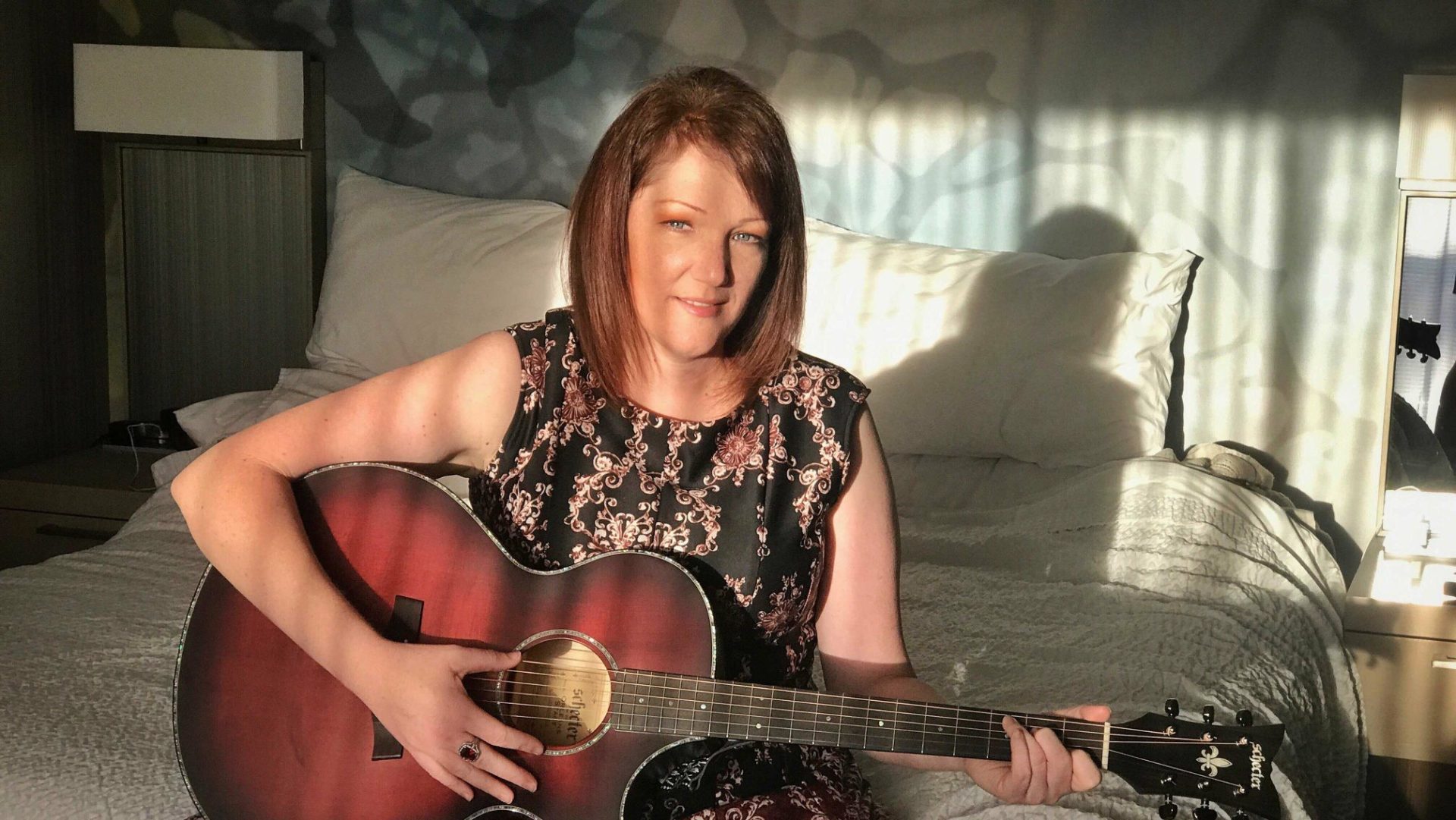 Georgia has always had a passion for music, but didn’t pursue a music career until after she turned 40. (Which just goes to show that it’s never too late to pursue your dreams!) She was convinced to try when one day her teenage daughter, in an exasperated effort to get some space, said, “Mom, you need a hobby!” At this point, she figured she had nothing to lose but time and decided to learn to sing and play the guitar.

And that’s when her greatest adventure began.

Her singing style has been most often compared to singers like Jewel and Alison Krauss, and she includes the music of both in her performances. Raised on old school country music, the influences of these classic musicians has a clear impact on her performances today – sets often include music from Johnny Cash, Dolly Parton, Don Williams, all the way to the more modern styles of Miranda Lambert and Kacey Musgraves. She also enjoys performing covers from a variety of other genres, in her own smooth style.

In the last four years, she’s played at venues like the Arizona State Fair (2016-19), the Academy Theater in Phoenix, a variety of farmers markets and outdoor festivals in AZ, UT and CA, The Venue in Seaside, CA and The State Bar in Cottonwood, AZ. She recently relocated to Austin, TX and is looking forward to making her mark in the Live Music Capital of the World as soon as she’s able to get out and play. To pass the time in isolation, she’s played weekend concerts in her driveway so neighbors can come out and enjoy it, with each family sitting in chairs in their own yards and listening from a safe distance.